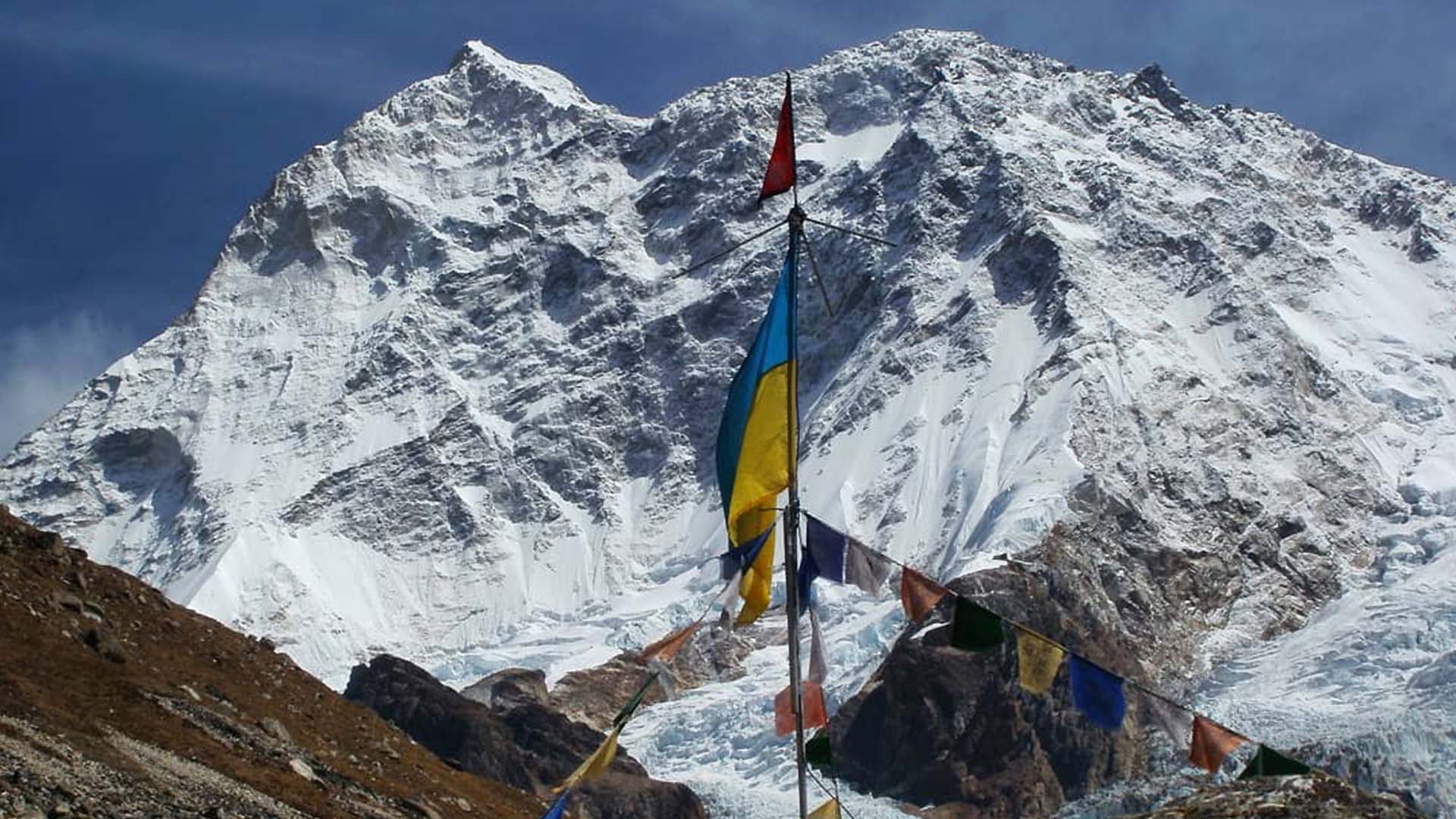 Makalu Base Camp trek is a true adventure with breathtaking scenery that never gets old. The Makalu Base Camp Trek begins in Tumlingtar and travels up the Arun river valley to Sedua and Num before crossing Shipton La Pass (4210m) and entering the upper Barun river valley for a close look at Makalu and Chamlang Himal. This trek takes you to one of Nepal’s most remote and unexplored regions. It is part of a massive international protected area that includes 2330 square kilometres of national park and 830 square kilometres of conservation area in Nepal. We fly from Kathmandu to Tumlingtar in the east, and then it’s a three-and-a-half-hour rickety drive to the start of the trek. As a result, the Makalu Base Camp Trek is considered a remote trek that takes 17 days to complete and is quite difficult. Some travellers and trekkers, including those who have completed the Everest Base Camp trek, consider the Makalu Trek to be the more difficult trek to complete because the terrain is more difficult, with many stone steps and rocky paths, landslip areas, and narrow paths, as well as snow-covered passes.

On a solitary trek to Makalu Base Camp 5250m, now designated as Makalu Barun National Park and Conservation Area, you will experience high-altitude terrains, snow-covered landscapes, and ethnic Himalayan lifestyle. Mt. Makalu, at 8463 metres, is the world’s fifth highest peak.

We fly from Kathmandu to Tumlingtar in the east, and then it’s a three-and-a-half-hour rickety drive to the start of the trek. As a result, the Makalu Base Camp Trek is considered a remote trek that takes 17 days to complete and is quite difficult.

Some travellers and trekkers, including those who have completed the Everest Base Camp trek, consider the Makalu Trek to be the more difficult trek to complete because the terrain is more difficult, with many stone steps and rocky paths, landslip areas, and narrow paths, as well as snow-covered passes.

The most popular trekking destination among solitary trekkers, this remote and wilderness trek to Makalu Base Camp offers an exceptional opportunity to explore the majestic Himalayas, high-altitude terrains, and snow-covered landscapes.

On the trekking trails, we find very basic tea houses where we can get hot and tasty food, soups, and masala tea. The Makalu Trekking trail is densely forested with Buddhist areas, and as a result, we will pass through various Manes and Buddhist Prayer flags hung high on the ridges as we cross, giving you a pleasant Buddhist experience.

Then there are the mountains, which include Makalu, Everest, Lhotse, and Chhamlang, which provide a stunning backdrop at the mouth of the Barun Valley. This is an extremely rewarding trek that has largely escaped the attention of tourists. It is unquestionably one for the wild places connoisseur!

There are 3000 species of flowering plants, 440 species of birds, and 75 species of mammals in the Makalu Barun National Park, including the snow leopard, red panda, musk deer, wild boar, wild yak, and Himalayan Thar. This is also ideal photography territory, with the possibility of spotting wildlife at lower altitudes, green pastures and fields, villages, and forests, as well as snow-capped mountains, glaciers, and rocky trails!

Day 15 - Drive from Num to Tumlingtar. Overnight at hotel

Packing for Your Next Adventure: Everything You Need to Know
The key to having a good time in the mountains is to be organized and plan ahead. In addition to all of your training, ensuring that you have the appropriate equipment is an important aspect of preparing for your trip. Choosing the proper equipment will give you an extra comfort and safety boost, so you can be at your best while still enjoying yourself. It’s essential to have the right gear with you to get the most out of your trip. To help you better prepare for the mountain you will be climbing, we have provided a complete packing guide.

Our training goal is to get you physically and mentally prepared to face the climb with more confidence. The climbing goal will be to perform consistently throughout the adventure. Fitness for mountaineering requires a high overall level of physical conditioning. Both cardiovascular and motor fitness are needed to climb at varying levels of intensity and to navigate challenging terrain, often while carrying a loaded pack and at high altitudes.

Training goals are critically important and allow you to perform better at higher altitudes and enjoy the entire adventure. We suggest that you examine the physical requirements of the climb you are approaching and work on your fitness in different levels. Click here to Learn more about Trip Grades and choose what’s best for you!

Establish a timeline for your training program and focus on specific conditioning for better results. Along with your workouts try and add hikes and climbs in the outdoors whenever possible to get more comfortable with different terrains. Sound fitness gained through a well-guided program is the only best way to ensure a safe and successful adventure.

Mountaineering Fitness and Training
It may also be helpful to break down your training timeline into a number of key phases. These are:

Phase 1 : Base physical fitness
The first phase of getting prepared for your climb is to focus on your base fitness. You should incorporate a fitness routine that focuses on both cardiovascular fitness and motor fitness training. For those who are not used to intense workouts this phase will help you to kickstart your training. Remember that consistency is the first most important factor in achieving any goal. Combine your basic fitness regimes along with running and stair climbing. You are now ready for outdoor adventures.

Phase 2 : Training specific for the climb
Once you have established your base physical fitness, you will need to train specifically for the climb. Depending on the difficulty and intensity of the climb, add advanced workout sessions combined with uphill training. Try and do the same fitness routines with some added loads. Strength training combined with cardiovascular and motor fitness will help with the overall conditioning. This will take your workouts to the next level and help gear up for the mountaineering challenge ahead.

Phase 3 : Outdoor Training
Nothing can replace training in the real outdoors. In the final phase of your training, you should be attempting climbs which are similar to the ones you are approaching. It is great to test your endurance outdoors. This gives you a great edge in preparing for conditions similar to the ones you will encounter during your expedition. It isn’t always possible to find similar terrains close to where you live, but it is best to find a hike as close to the climb as possible. This is the best way to test your climbing gears as well.
Training goals and timeline

Working out for at least 5 days in a week is the best way to get your body physically prepared for the climb ahead. Regular and consistent training always gives the best result and keeps you highly motivated. Make sure that you workout regularly and also give enough time for rest and recovery. Keep it balanced and have a properly planned fitness routine and never overdo exercises to the point of injury. While 2 to 3 months is a good amount of time to train, starting your training earlier allows more time to adjust and prepare.

Click here to learn more about Training for your Upcoming Climb and get ready for the adventure!

I highly recommend. We were with them in the winter at Annapurna Base Camp. Everything was well organized. Very cool people work there 🙂

For a trekking adventure in Nepal we can highly recommend Protrek Adventure. The organizing team is very friendly, helpful and professional. Dawa and Viji took great care of us and each responded to our needs within minutes, that was truly fantastic service – thank you so much!! Our guide Sandeep was also very competent, the 13 days on the Annapurna Circuit with him were perfect. We’ll be back soon! 🙂

My friends and I recently did the Everest base camp trek with Protrek. Our trip was successfully completed with awesome weather in the mountains. The entire trip was very well organized by the team. Mountain lodges along the trail were excellent and the food was great. Highly recommend them for trekking in Nepal.

I can’t thank Protrek enough for such a joyous experience. My favourite part of the trip was all of it, the entire experience. I’m so glad I got a chance to do this through Protrek. The team took care of everything for me so I’m forever grateful. Our guide Sandeep was such a wonderful soul, so helpful. The trek was fun because we had such an awesome guide. I can’t wait to be back and go on more adventures with Protrek.

WHY BOOK WITH US