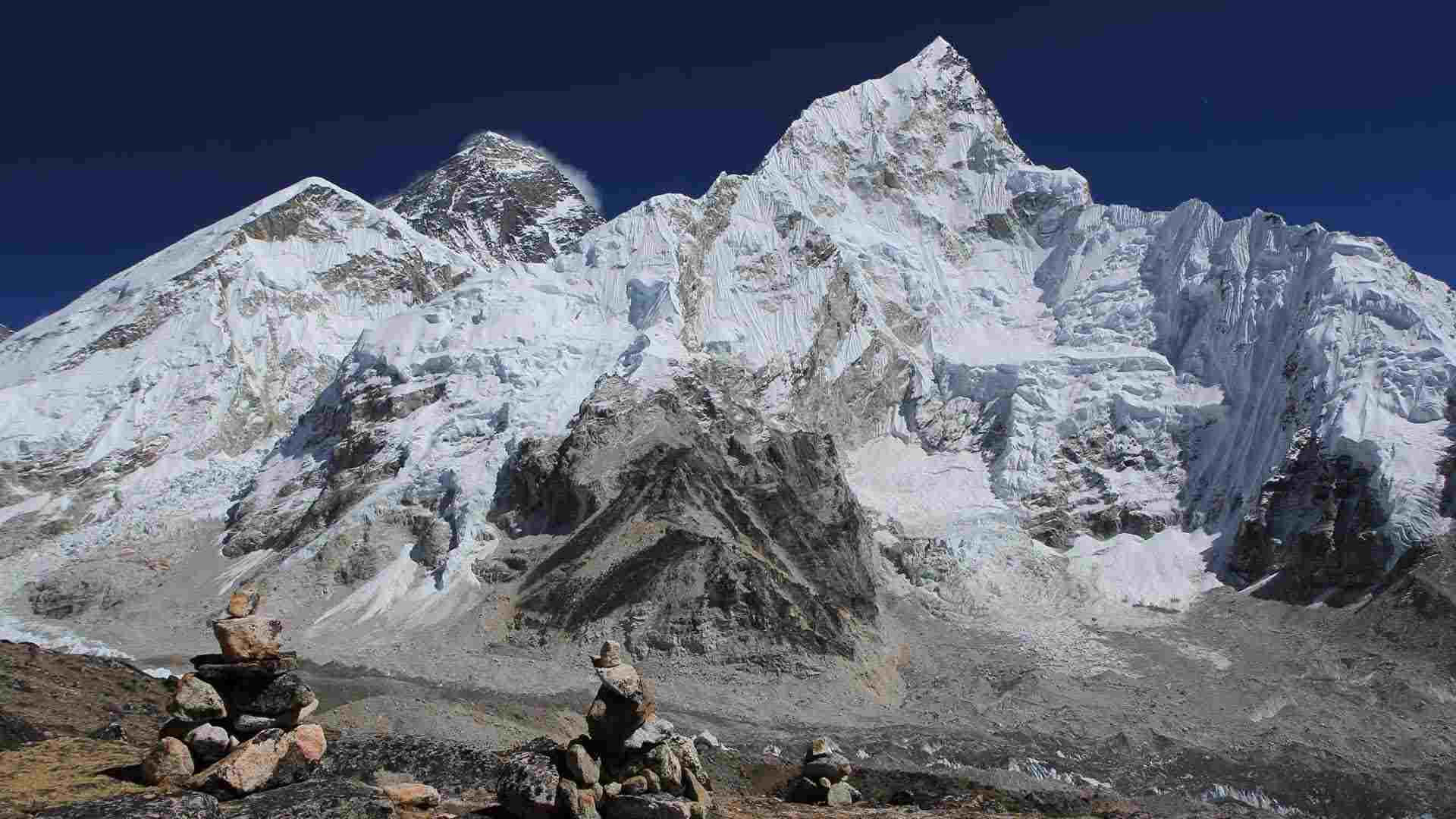 5 Must Do Treks In Nepal

Nepal, one of the most stunningly beautiful countries of Asia is the home to some spectacular high-altitude treks. It’s well known for different adventure sports that motivate all the adrenaline seekers from around the world to the Himalayan wonderland.
Needless to say, there are plenty of adventurous trails in this land, some of which are world-famous. So, come witness the beauty of Nepal with us. Below we have listed down the top five must-do treks in Nepal for adventure lovers.

Everest Base camp trek
Starting off, the Everest Base Camp trek is the most mesmerizing high-altitude trek in Nepal. This base camp trek lets you explore the glorious paths of Everest region; that was set by the legendary mountaineers’ Sir Edmund Hillary and Tenzing Norgay Sherpa on their journey to climb the highest peak of the world, Mt. Everest (8848 m) back in 1953. This adventurous trek starts after the thrilling flight from Kathmandu to Lukla. Lukla (also known as Tenzing Hillary Airport), is one of the most extreme airports in the world and is also a gateway to the Everest region. The EBC trek follows an interesting route that will take you through the beautiful settlements of Khumbu like Phakding, Monjo, Namche, etc. where you get to witness lifestyle, local culture and tradition of Nepal. Also, the old-age culture and customs of Buddhist religion are remarkably admirable. The trek passes through amazing mountain valleys and ridges; you will find the lush jungles of Rhododendron, several springs and waterfalls on the way. On arriving at your destination, the trek rewards you with not only the World’s highest peak but also an uncountable view of astounding snowy peaks such as Mt. Lhotse (8516m), Mt. Nuptse (7,855m), Ama Dablam (6,812m), Kangtenga (6,782m). All these features of this trek make it more interesting and popular amongst mountaineers, and this has also become a dream destination for the millions of trekkers from all around the world.
Height: 5,500m
Best time: April-May & Oct-Nov
Grade: Difficult

Annapurna Base Camp Trek
Annapurna base camp trek is another world-renowned trek that lets you have one hell of an experience. This trek is going to lead you to the World’s tenth highest mountain, Mt Annapurna (8091m). Such an unforgettable adventure starts and ends in Pokhara. Two hours’ drive from there will take you to Nayapul, which is the starting point of the trek. The trek guarantees you fun, pleasure and magnificent insight about the nature and cultural heritage of Nepal as it follows the trail of lush green foothills, beautiful villages, diverse flora and fauna, cascading waterfalls, colorful prayer flags, ancient monasteries, chortens, stupas and many more on the way to bless you for a successful journey ahead. Also comparing to other trekking regions in Nepal, the ABC Trek will surprise you with the most spectacular 360-degree view of the giant mountains like Annapurna I, II, III, IV, Annapurna South (7,219m), Mt. Dhaulagiri (8,167m), Mt Machapuchare/ fishtail (6,993m), Mt Nilgiri (7,061m), Mt. Gangapurna (7,455m) and several others that are beyond imagination and makes your ABC trekking experience the most exhilarating one.
Height: 4,130m
Best time: April-May & Oct-Nov
Grade: Moderate

Gokyo Ri Trek
The next trek that falls on the list is Gokyo Ri Trek, one of the most fabulous treks in the Everest region. Gokyo Ri is the highest peak in the Khumbu region of Nepal Himalayas. This trek too starts from Lukla and takes you through the Sherpa traditional villages- Namche bazaar and Khumjung to an incredibly scenic Gokyo valley, filled with sacred mountain lakes, terraced farms, hidden waterfalls, mountain streams, etc. The Gokyo trek also passes along massive Ngozumpa glacier, the largest glacier in Nepal and largest in the Himalayas. Many trekkers often tend to choose this trek instead of the commercial Everest base camp trek to enjoy the less crowded trail. Hence it is considered to be an alternative option to the Everest base camp trek. Many trekkers consider that Gokyo Ri trek offers a grander panoramic view of mountains (8000m peaks like Mt Everest, Lhotse, Cho Oyu and Makalu). So, if you are looking for an adventurous trek that seemingly won’t let you down then Gokyo Ri trek is the one for you to do in the Everest region of Nepal which is made for both novice and experienced trekkers.
Height: 5,547m
Best time: March-May & Sep-Nov
Grade: Difficult

Annapurna Circuit Trek
As we know the Annapurna region is one of the most famous trekking destinations in Nepal and there are different trails in this region. Among the different routes, the Annapurna circuit is one of the go-to treks as it is the longest and the most diverse trek in the world. The Annapurna Circuit trail is well developed with lodges and tea houses all along the route for you to stay, relax and enjoy the local meals. The trail begins in lush forest and terraced farming before ascending up and finally into more alpine and semi-desert landscapes. The trek features the highest lake in the world- Lake Tilicho (4,920m) and the highest pass in Nepal Thorong La Pass (5,416m) where on crossing the point; you will be greeted with a 360-degree vista of mountains. The entire trail offers an experience of both adventure and spiritual upliftment in the Annapurna region as it covers different regions like Lamjung, Myagdi, Jomsom, Mustang, etc. Lamjung and Myagdi are located at the lower elevation with Hindu Cultural villages whereas Mustang and Jomsom fall on the high elevation with Tibetan cultural villages. There you can also visit the ancient Muktinath temple dedicated to Lord Vishnu (Sacred to both Hindu and Buddhist) and have an opportunity to take a bath from the sacred water pouring through 108 bull-faced taps and take a dip in chilling water located within the premises of the temple itself. Another additional feature of this trek is the hike to Poon hill, one of the best places of Nepal to witness the glorious sunrise in the backdrop of the Himalayan mountain chain is not to miss.
Height: 5,416m
Best time: April-May & Oct-Nov
Grade: Moderate

Everest Three passes trek
Lastly, we have Everest three passes trek also known as the ultimate Everest trek, which is an exciting trek but also quite challenging as compared to the Everest base camp trek. The three passes trek is very well-defined. It is a trek to Gokyo and Everest base camp traversing through the three high passes (all passes above 5000 m) linking the four distinct valleys of Bhotekoshi, Gokyo, Khumbu and Imja Tse. The trek got its name from three high passes Cho La pass (5,380m), Kongma La pass (5,535m) and Renjo La pass (5,388m). Among the passes, Kongma la pass is generally considered to be the most difficult and longest one, Cho La pass requires glacier crossing and Renjo La pass is the easiest one. All these three passes offer breath-taking views of massive mountains such as Everest, Makalu, Cho Oyu, Lhotse and many other peaks in the Khumbu region. Starting from the popular point of Lukla, throughout the journey, trekkers pass through several Sherpa villages, which lets them have an opportunity to meet friendly Sherpa people and understand their lifestyle and culture. It also passes through several ancient monasteries giving you an insight into the Buddhist culture in the Himalayas. Overall, the three passes trek is a strenuous climb but it is definitely worth every struggle. If you’re a real adventurer looking for an extremely challenging trek, you definitely need to consider this one.
Height: 5,420m
Best time: April-May and Oct-Nov
Grade: Difficult